Measuring the Once Unmeasurable

Genomic science allows researchers to measure what was once unmeasurable, providing answers to questions that go to the heart of biodiversity. 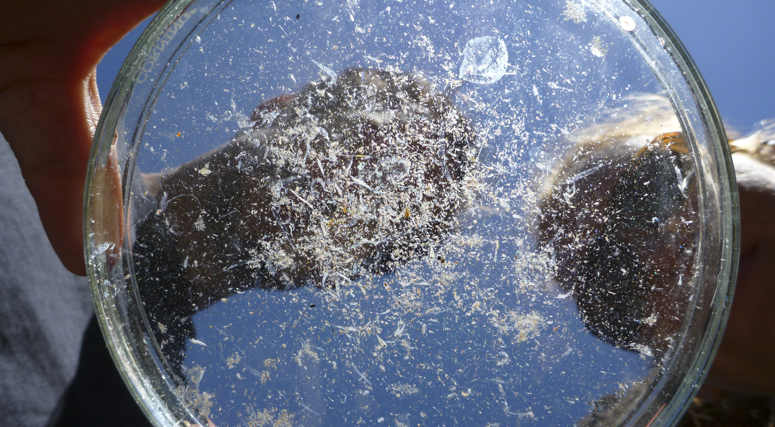 “Studying biodiversity is like putting together a giant jigsaw puzzle,” says Christopher Meyer, a research zoologist and curator at the Smithsonian National Museum of Natural History. “We don’t have the box top to guide us, so we’re out there exploring and looking for the missing pieces, then working to figure out how they all fit together before the pieces disappear.”

The explosive advancement of genomic science in recent years has ushered in an exciting new era of scientific inquiry, making the tasks of finding and fitting the pieces together more achievable and providing exponentially more information. Genomic science also helps researchers find more comprehensive answers to key questions: How many life forms are out there? What is the impact of human activity on biodiversity? How can we assess the damage caused by natural and human-caused changes, and how can we predict and mitigate that damage?

“DNA is the fundamental layer of biodiversity,” says Dr. Meyer. “It’s the common language across all life. Because of DNA’s ubiquity and simplicity, all life can be digitized to a string of letters: G, A, C, and T. As the code is translated and referenced by vouchers, all researchers can read and compare these basic blueprints across individuals, species, or communities, adding vast quantities of information to taxonomic or ecological description efforts. This technology has put our capacity to study and understand biodiversity on steroids, so to speak.”

An additional benefit is that researchers can use the new technologies to revisit older biological collections to glean new information. “We don’t have time machines to take us back in time, but now we can analyze old samples to compare the present with the past in order to predict the future,” he says. 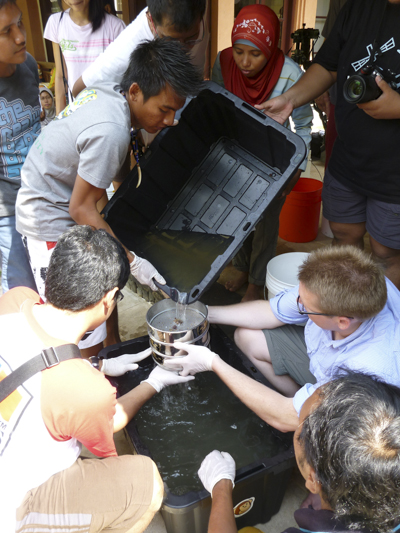 For new collections, an important step is to standardize collection protocols so that samples are comparable through time and space. One of the simplest marine collection methods is to take samples of seawater from sites around the world on the same day at the same time. Ocean Sampling Day 2014, held on the northern hemisphere’s summer solstice, allowed for ocean samples to be collected from more than 170 sites around the world, including Smithsonian marine field stations in Chesapeake Bay, Florida, Belize, and Panama. After measuring conditions such as water temperature and salinity levels, the samples were screened through a micro-filter and sent to laboratories for genomic analysis.

The Ocean Sampling Day project created the first global marine microbial profile, with the Smithsonian storing duplicate samples in the National Museum of Natural History’s biorepository to provide a reference data set for generations of experiments to come. The NMNH biorepository is considered to be the largest museum-based natural history biorepository in the world, housing material collected for projects in biodiversity, phylogenetics, population genetics, toxicology, and environmental monitoring since the early 1970s. Across all its biodiversity-focused units, the Smithsonian is working on a unified effort that leverages its research community, collections, facilities, and global partnerships to advance genomic biodiversity science, thus empowering researchers to address today’s most pressing scientific and environmental challenges.

In Indonesia, one of the most biodiverse places on the planet, Meyer is working with fellow NMNH researchers Allen Collins and Nancy Knowlton on a National Science Foundation grant to deploy and study Autonomous Reef Monitoring Structures (ARMS). “The ARMS are designed to mimic the complexity of the reef structure,” says Meyer, “kind of like standardized, prefabricated housing. They’re built the same way out of the same material no matter where they are deployed, and you just put them down and see what moves in. After a set amount of time, you pull them up and analyze the whole community. It’s like a genomic thermometer that’s placed in various sites at the same time.”

Meyer says that the biodiversity measured by the ARMS runs the gamut of life, from viruses and microbes to sponges and crabs. “There’s the diversity within species, in the number of species within an ecosystem, and in communities or habitats within a larger region. That diversity is a hedge against change. Having a standardized system deployed across sites around the world that measures diversity in a consistent framework means you can look at trends and trajectories over time.”

ARMS have also been deployed along a series of islands stretching northward from Jakarta Bay to examine the effects of human activity. Jakarta is one of the most heavily populated places in the world, and standard gauges like fish counts and turbidity have measured the effects on these reefs. “We wanted to see what the effects were on entire communities, and if there were earlier signals to impact and deterioration. Our pictures from Jakarta Bay look like pea soup, but as you go north, there’s beautiful, clear water. Given that these islands draw from the same local species pool, what are the biodiversity impacts of increasingly poor water quality?”

With Indonesia’s proliferation of invasive species and IUUs (Illegal, Unreported and Unregulated fisheries), and surprisingly little research done there, the rate of that country’s biodiversity loss is unclear. The Indonesian Biodiversity Research Center (IBRC) was set up in 2010 as a collaboration among Udayana University, Diponegoro University, the State University of Papua, the University of California at Los Angeles, and the Smithsonian. Funded by USAID, its mission is to promote biodiversity research in Indonesia by supporting research projects, education, and scientific capacity building. Meyer and Collins, along with their colleague Paul Barber, a professor of ecology and evolutionary biology with UCLA, were instrumental in conceiving the idea for the center and are now working to extend its reach. 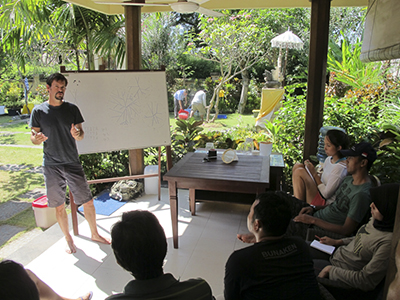 Part of the Coral Triangle that also encompasses Malaysia, Papua New Guinea, the Philippines, the Solomon Islands, and Timor Leste, Indonesia is considered a hotspot of marine biodiversity. IBRC is working to train the next generation of Indonesian biodiversity scientists through its partnerships with a number of the universities there. “We recruit interested and passionate students to participate in summer-long courses with various modules, including scientific diving, molecular ecology, biodiversity and inventory methods, and microbial ecology,” explains Meyer. “The courses center on using DNA and associated technologies to address pressing biodiversity questions.”

IBRC also brings in American undergraduate and graduate students and researchers at early stages in their careers to initiate partnerships with their Indonesian counterparts. The idea is that those relationships will strengthen over time and lead to more collaborative work in the region.

“The exciting part,” he continues, “is seeing how passionate the students are. We have invited up to 12 new students each year for the summer course, and the six best stay on for the full year, visit labs in the U.S., then they loop back and do the summer course the following year. They are teachers in training. At the end of the day, those students are the ones who will become the stewards and advocates in the future, the champions for their communities and their reefs and biodiversity.”

Meyer characterizes the program as a major success, pointing out that these students are going on to more remote sites and setting up satellite iterations of the sampling activities. “We’re looking at establishing something similar in places like Mozambique, Myanmar, and Costa Rica. We’ve also recruited marine managers to take the course so they can bring those lessons back and apply them in their own regions. We give them the basic toolkit, which allows them to be creative in addressing their local issues. One group, for example, was interested in how boat traffic and noise pollution affected biodiversity at their site, so they were very interested in doing standardized sampling in transects away from boat channels.”

IBRC is continually looking to build other partnerships as well. “There’s an eco-resort that has expressed interest in donating land to set up a research station because, surprisingly, there is no basic marine lab right there in the heart of biodiversity,” says Meyer. “We’re working to find ways to build the lab in a sustainable framework that sets aside funding for local scholarships.

Meyer considers this a particularly exciting time to be doing biodiversity science. “We’re truly on the cusp of changing the whole way we do business in biodiversity,” he says. “With these new biogenomic capabilities, we can now measure what was once unmeasurable. We’re finding answers to fundamental questions that in the past were thought to be insurmountable.”